I want to write a house bill to bring back federal funding for inpatient facilities and inpatient beds brought back for mental health and the opioid crisis .In 1980, Ronald Reagan federally deinstitutionalized mentally ill patients.The lack of institutional care of critically mentally ill patients in the United States has become a complicated problem that has resulted in victimization, homelessness, and incarceration of these individuals.

Impact of closing Northville State and others if you click the link next to President Trumps claim that mental health has contributed to shootings-it will go to the link about the Texas shooter so I stand with Trump.

I was in the trenches as it happened both as a paramedic that would be called to transport on court ordered committals, medical runs inside of Northville State and Clinton Valley State Hospitals and later in the Emergency Room where there was nowhere for them to go after they closed. Most went home unless they had private insurance.

President Reagan favored outpatient mental health vs. inpatient thinking it would save money.

These tend to be the ones in jail and its the wrong place for them. I once took a patient out of Northville State that put a knife in her eye because the voices told her to so I left it in and wrapped it. She said it didn't hurt. When internal pain is greater than external pain-this calls for 24 hour care.

When it comes to opioid or other narcotic withdrawal-I feel this should be inpatient with 24 hr medical support and inability to go out and buy more.

My  design would be specialized. Acute care, suicide, narcotic withdrawal...

Inpatient care also includes support groups so these patients know they are not alone. It also provides help for the families. Sometimes social work gets involved.Support groups open to public.

We take care of our physical health but pay little attention to our mental health. In one country- it is trendy to have a therapist. 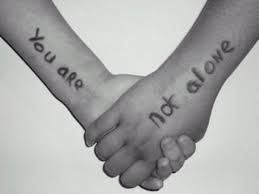